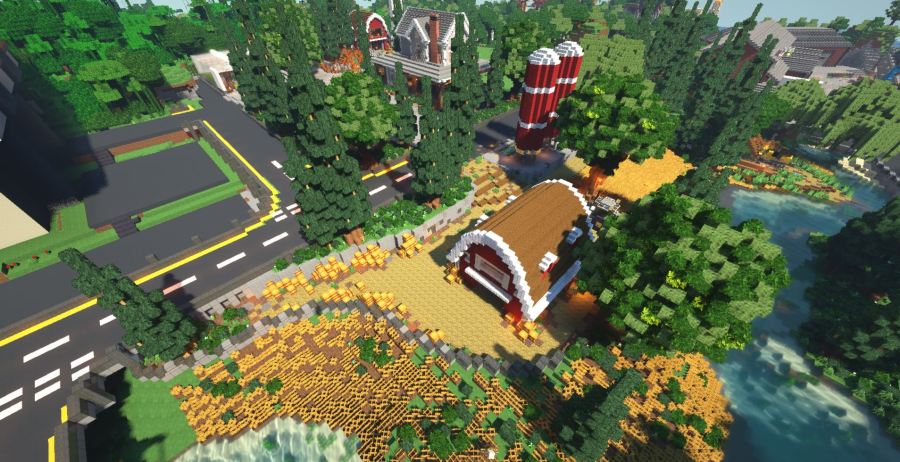 July’s WA Landmarks competition has only just begun, and the builds are looking excellent, but I want to get everyone excited for what is next. August means National Science Week, and as we did last year, the August competition is bigger than most.

In August we’re celebrating National Science Week’s 2021 theme of Food: Different by Design, so we’re asking you to build your best Farm. (Thanks to Keralis from HermitCraft S7 for the unbelievable build above!)

We have changed the plot sizes for this competition, with big 104×50 sized plots. (Don’t ask about the extra 4…)

Here’s the rules, with some extra ones!

Each base MUST include:

Judging will happen during the first week of September.

As per normal, the August Comp world gate – located on the Warp Ship – will replace the July gate which will close to building at 9pm on Saturday July 31st.

The gate will open on the Warp Ship on the morning of August 1st, so get planning and designing now – you’ll only have a month to build. Players Choice votes will also be open as usual.

The top three designs will win an extra special prize, just for August! Regular Emerald Points prizes will be given out as usual, along with diamond blocks.

*Please note that the LEGO Minecraft set has been opened once to be built for review on bricktasticblog.com, before being broken down and bagged. All parts including spares are included.

Who’s excited? We are!