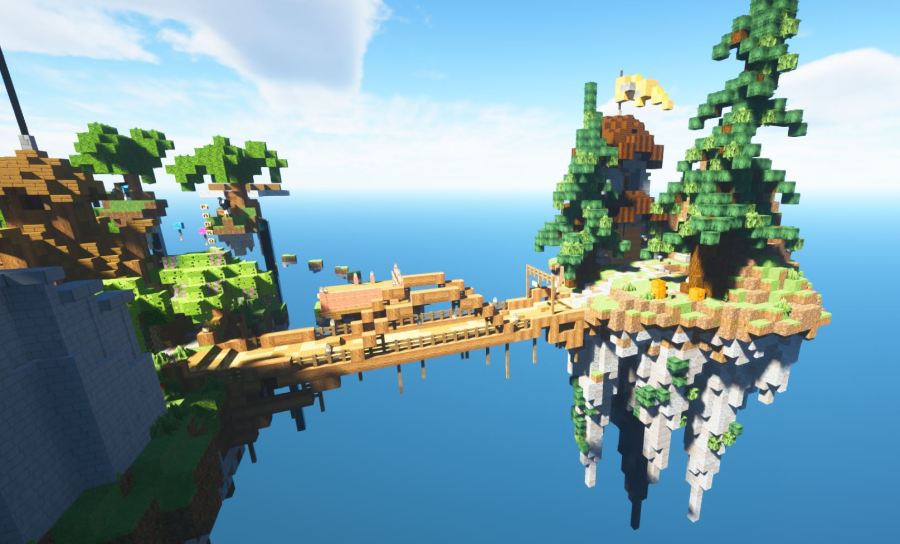 Something big and new is coming in Term 2 – the first season of LibraryCraft League! What is it I hear you say? Well read on.

Like the AFL, it’s a round robin style tournament that will be on for a number of weeks. Each registered player will get the opportunity to verse each other player in the competition, but there’s a difference. This isn’t just one minigame, it’s three – BedWars, PVP and TNT Run. Each week will be on a different map.

Matches will be played each week, but strictly between Friday afternoons and Sunday nights – no matches during the week! This is so it’s fair to everyone that can’t play during the week. You won’t be able to verse every person on every map, as it’d take forever – if we get 16 players registered, it’ll be a 16 week competition, plus more for a finals series if players are interested. Like with our other tournaments, it’s up to each player to sort out their matches. Matches will be available on the LC League Island (image above) in the Minigames Lobby at the start of each week.

If matches are not played between Friday afternoons and Sunday nights, they cannot be delayed to the following week or weekend. The player that puts the least amount of effort in to scheduling a match will be forfeited.

Each match you play earns you points, regardless of if you win or not!

You need to actually play to get a point! The opponent of the forfeited player will get an automatic 2 points.

Up for grabs would be some diamond blocks and mega crate keys for the top three at the end of the series, and the top two (winner and runner-up) would get an exclusive rank on the server itself for the following year – League Champion, and League Runner-Up.

To register, send JohnsanGeezo a mail in game. Registration is free, but you need to be available to play each weekend in order to complete your matches and get those points. Registrations close Friday 22 April at 9pm. No registrations will be taken once the competition has started.

A new LC League page will be created on the website in the coming days that will include the full season draw (the matches), and the current ladder, plus this information and a little more closer to the date.

This is going to be huge! Make sure you register for the first annual LC League competition, and ask in game or in Discord if you have any questions.