Exciting news! A new facet of the Emerald Points Competition has been included, and it’s big.

We’ve seen an absolute dominance in the monthly build competitions by one of our players recently – JtripleM, and so to ensure it’s not a repeat thing every month, but also to reward JtripleM for his hard work, we’re adding something new – the Builder rank!

Here’s how it will work. If any player scores four monthly wins (1st only, not 2nd or 3rd), they will be given the brand new Builder rank, both in Discord and in the server itself. Along with a snazzy new title, this gives the player a minor role as a part of the server team, plus a few other things:

Obviously it means Builders wouldn’t be eligible to enter the Monthly Competitions any more, but you can still enjoy J’s monthly creations, as he’ll be invited to build the example build each month, right next to the spawn gate.

Also, builders will not have WorldEdit access on Survival worlds. There’s obviously still a few things to tweak and look into, but it should be really exciting! Congratulations to JtripleM, our first Builder rank!

It’s so good to get back into these! We’ve got our next profile ready – an ex player and now our Trainee Mod, Ace_Arro.

The earliest version I remember playing was version 1.2.3, which was released in March 2012, so I’ve been playing for almost 9 years now. It’s still weird to go back to the old launcher and have a look at so many things that were different back then. Anyone remember when Minecraft only cost $12-13?

Since I started playing when I was in year 2 or 3, it was actually my school library that made me start playing. During one of our library classes, we were introduced to a cool new game called ‘Minecraft’ and we all hopped onto a single player world and just messed around.

I had absolutely no idea how to play the game back then, as I wasn’t much of a gamer at the ripe old age of 8, and I remember being terrified the first time I saw an Enderman, but after a few classes and lunch breaks playing, I eventually got my own account and started playing for real.

We’ll use the following list – based off Mumbo Jumbo’s video – 20 Different Types of Minecraft Player, with a couple of modifications.

Based off of MumboJumbo’s ’20 Different Types of Minecraft Players’, I’d say that I’m a combination of different types for sure, but mainly I’m a Minimalist, with touches of resource hoarder and mod fan. Back when redstone wasn’t as complicated as it is now, I used to be a gadget guy, but it’s gotten a little difficult for me to do anything other than simple light contraptions now.

While my houses have varied over the years, my style of gameplay has always been the same. Grab some wood, make tools, find the right biome and build a house – most likely with an inventory full of things that I really don’t need, or at least not that early in the game. I’ll place the enchanting room either in an attic or underground, and the nether portal is always under my house for some reason.

Ooh, that’s a tough one. My favourite block has changed a lot throughout the years, but I’d say my favourite has to be either blackstone or crying obsidian. I just think they’re neat.

This is actually a toss up between Endermen – ironic, given they scared me so much when I started playing- and Parrots, specifically the cyan parrots. If I had to choose, however, it’d probably be the parrots.

I have played in Hardcore mode before – I even have one in my single player worlds right now! – but I’m never able to get out of the Nether alive. I prefer to play on Normal survival, and it’s the mode that I’ve always beaten the EnderDragon on. 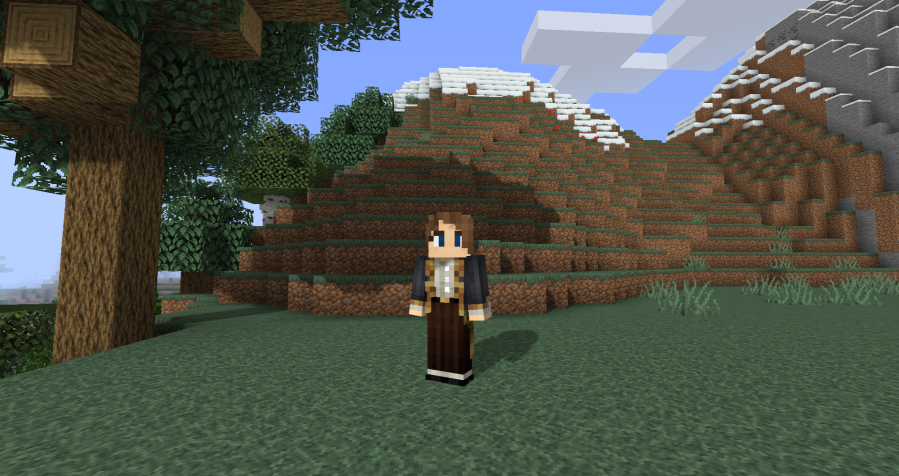 It’s been way too long since we’ve done one of these – the first one (me – JohnsanGeezo) was back in March! Let’s get back into it, with our newest moderator, Quirtle.

I started playing Minecraft in 2009, I would have been in year 9 at high school when it came out. It was one of my first multiplayer games with my school friends. I played it constantly, long after everyone that I knew moved on to other games. It has been amazing being able to see the survival genre take off, ‘randomly generated open world’ was not a phrase that existed pre Minecraft.

I played a lot of games in high school, probably more than I should have. I liked Team Fortress 2, Sims and Age of Empires. I did not know if other people at my school played games, it was not popular the way it is now. When I heard some guys in my friend group talking about a new game that they were going to play together I asked for an account too. The rest is history after that. I found a screenshot from a Minecraft server in 2011, back when MSN was cool and you could only make servers through LogMeInHamachi.

We’ll use the following list – based off Mumbo Jumbo’s video – 20 Different Types of Minecraft Player, with a couple of modifications.

Probably a combination of a Mod Fan and a Medieval Builder. I really like making medieval builds and incorporating mods that bring magic and fantasy into the world. Back when I used to play Thaumcraft on a FeedTheBeast server I would make towns run by these cute little golems that I set up to sort my inventory for me.

The think that I like about mods is that they can make the game interesting again if you ever got bored of the classic Minecraft experience. Once I made the mistake of introducing someone new to a modded game of Minecraft. That was a mistake.

I usually plan to do something different then end up doing the same thing every time. I tend to avoid mining and prefer to stay on the surface building, farming and creating big towns to keep the villagers safe while I max out their trading.

I have, I did it once for bragging rights then never did it again.

I like glowstone, it is the easiest and most beautiful way to light up your house. It also makes a very nice streetlight when placed on some fence or iron bars.

I really like the villagers! Every time I play a game I like to find a village and settle down nearby, that way I can defend the village at night and build it up during the day. The village and pillage update was a very welcome surprise.

No way, I don’t think that I have the patience for Hardcore. I like the classic survival experience on normal mode, that is what I started Minecraft on so that balance just makes sense to me. I play games to relax and be creative, hardcore mode’s permadeath would probably make me rage quit into the abyss. 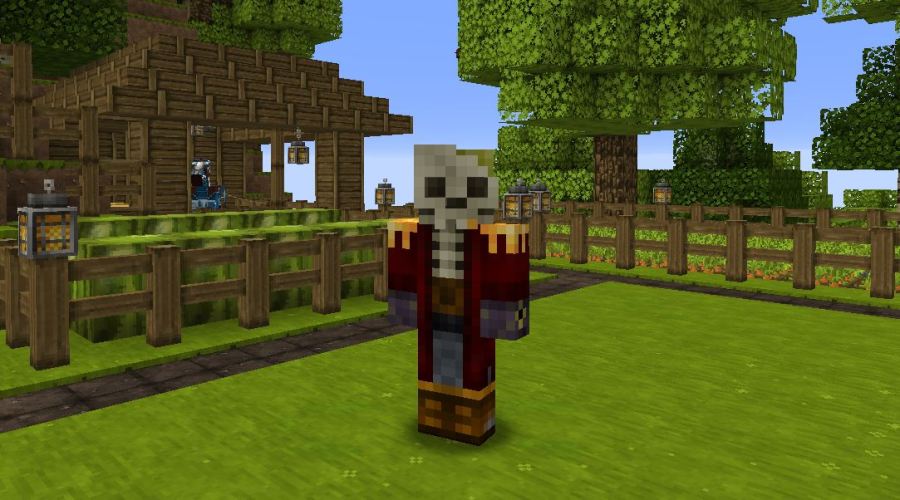 Over the next few weeks we’ll be getting to know our moderator team, and their relationship with Minecraft. Let’s kick it off with me – JohnsanGeezo!

Man, it was exciting in mid 2010 when doors were added! Such simple things.

It was a friend of mine who said I should check it out – at the time he thought it had the potential to be pretty cool. It turns out he was definitely right! He sold the idea to me with a simple sentence:

If you can survive the first night, you’ll be hooked.

I survived and I’ve been playing ever since!

In future interviews, we’ll be going off the following list – based off Mumbo Jumbo’s video – 20 Different Types of Minecraft Player, with a couple of modifications.

That’s a serious question! I think I’d be a combination of a few of them. I can be a resource hoarder (not a problem now that LibraryCraft has trade and a server shop), I’m a bit of an explorer, and I do love an underground base. Mainly though, I’m a Minimalist. In LibraryCraft there’s always something to do, so I don’t get a lot of time to play survival!

I’ve been playing the same way for years! A simple house made mostly of glass, with a balcony (so it has to be on a cliff edge or somewhere high), and a few underground rooms for storage and enchanting.

I rarely go to the Nether, and I’ve still not been to the End! I’m weird like that.

Nope, I’ve not been to the End!

I really like stone bricks – especially the mossy ones. A path mixed with mossy and cracked stone bricks just looks awesome.

Easy one – the bees! They’re cute and they produce honey – delicious!

No way – I get too attached to my builds. If I died and lost my world, I’d be devastated! Normal Survival for me.